The Annual Award Winner , Dr Regina da Cunha of the Autonomous University of Madrid and the Museum of Natural Sciences, describes her work (see also the Forum abstract).

A biogeographic pattern was also found with species from Sal and São Vicente forming monophyletic island assemblages whereas species from Maio and Boavista grouped together. This pattern showed the direct effect of the reduced dispersal ability of nonplanktonic larvae into the diversification process of Cape Verde Conus. The deep channels that surround Sal and São Vicente prevented the dispersal of these non-pelagic larvae. A 100m-depth channel separating Maio and Boavista allowed communication and gene flow during the Plio-Pleistocene low sea level stages, which explains the observed phylogeographic patterns. A molecular clock analysis indicated a double colonization of the archipelago at 16.5 and 4.6 million years ago million years by the ancestors of “small” and “large” shelled clades, respectively.

I have also analyzed the influence of historical processes, as the effect of eustatic sea-level changes, on diversification of the “large” shelled Conus. Molecular analyses within this clade showed the existence of three monophyletic groups that do not correspond to current species classification based on shell banding patterns. Moreover, “large” shelled species replicated the biogeographical pattern of the “small” shelled clade 12 million years later showing the important role of determinism in the diversification of Cape Verde Conus.

From this doctoral project three papers were published:

I continue very much interested in integrating phylogeographic and molecular approaches to infer evolutionary processes that explain current patterns of genetic diversity in populations of invertebrate marine organisms particularly on isolated oceanic islands. Oceanic archipelagos are renowned as biodiversity “hot spots” because they support a remarkable number of endemic species and are therefore excellent model systems to study speciation processes.
Future studies will focus on using molecular data to determine if Conus guanche from the Canary Islands represents a cryptic species complex due to the existence of some morphological differences between populations, and the low dispersal abilities of its lecithotrophic larvae. Other studies include assessing the role of larval development and sea level changes in the diversification of the marine gastropods belonging to the genera Volvarina and Fissurella from the Cape Verde archipelago. 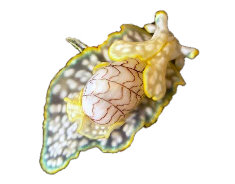